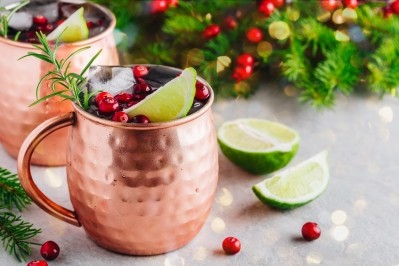 Bacardi believes people will throw out the festive rule book this year and mix up their drinks choices: with over a third (38%) of people it recently surveyed looking forward to embracing ‘more modern’ Christmas customs. 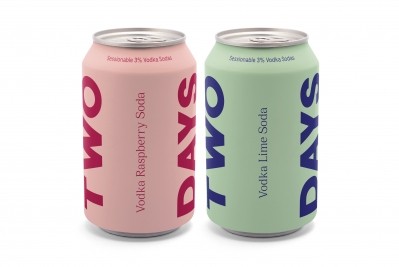 New RTD vodka soda brand Two Days is debuting its 3% ABV drinks: which are designed to be lower in alcohol than other hard seltzers. The brand is the brainchild of entrepreneurs Elise Marks and Brendan Bennett – who came up with the idea during lockdown... 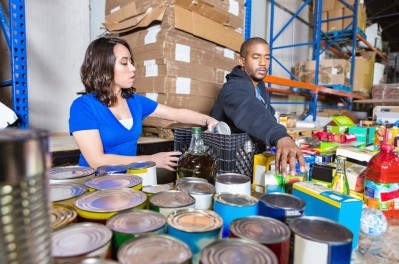 Beverage gives back: How brands are helping out during the coronavirus crisis

As the coronavirus outbreak continues to spread, beverage brands are donating their money, time and products to keep their communities afloat in uncertain times. Here's just some of the initiatives that have emerged this week.

In a sea of US craft distilleries perfecting bourbon, scotch and tequila, Holla Spirits is turning its attention to vodka. Rare savory ingredients like jalapenos and pickle brine are taking a stab at reinventing the category. 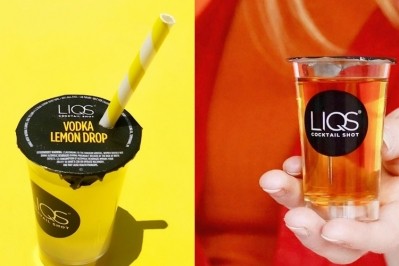 New York-based LIQS Cocktail Shots is taking its growth international with November’s launch into Japan. Its lines of liquor-based and wine-based shots build their audience first on-premise at concerts, stadiums and festivals.

A US start-up has created vodka quite literally from thin air – using solar power to convert carbon from the air and convert it into alcohol. It’s now working with NASA to look at other opportunities for capturing carbon. 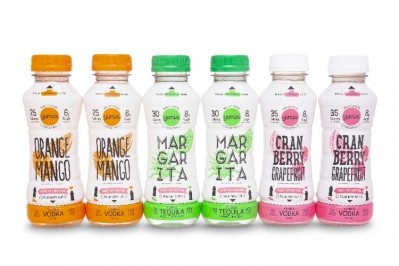 Mix-your-own cocktail brand Yumix has launched its products in 400 Walmart stores across the US, featuring low-calorie and no added sugar formulas. 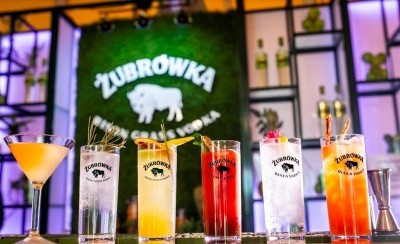 Żubrówka takes customers on a multi-sensory experience with ‘Immersive Bar’ 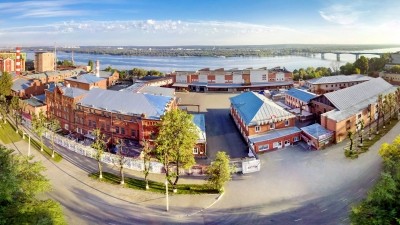 Amber Beverage Group (ABG) has announced it will acquire a controlling interest in Permalko, one of the oldest vodka and spirits producers in Russia. 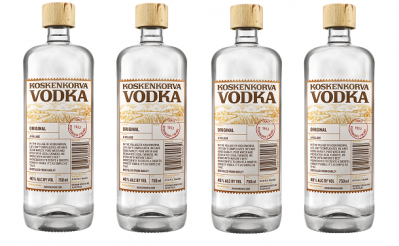 Nordic wine and spirits producer Altia has partnered with Infinium Spirits to begin US distribution of Koskenkorva Vodka in the US market taking advantage of the rise in premium vodka sales.

Parmentine has partnered with Greiner Packaging to launch an on-the-go potato snack in France. 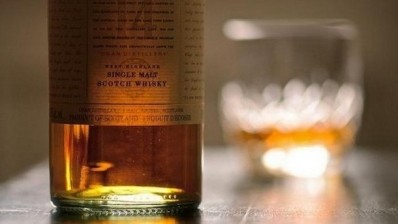 It was a good year for distilled spirits, as supplier sales were up 4.1% and volume was up 2.3%, according to the Distilled Spirits Council. 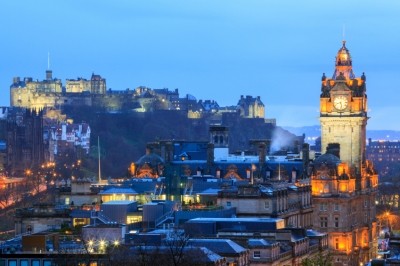 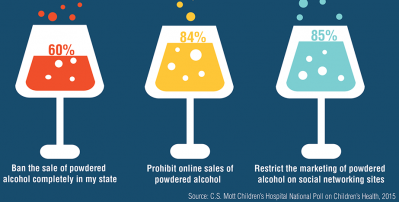 A national poll by has found over half of U.S. consumers favor a ban on powdered alcohol on concerns it promotes underage drinking, but the manufacturers say it’s safer than liquid alcohol. 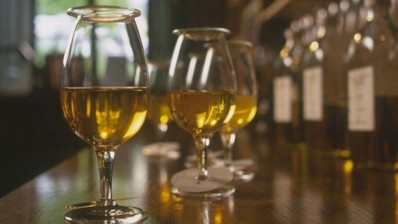 Flavored whiskies may still be popular, but the category could soon reach its peak, according to Trevor Stirling from research and brokerage firm Sanford C. Bernstein. 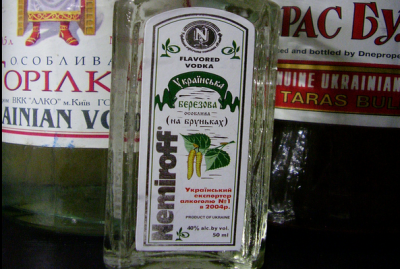 Ukrainian vodka brand Nemiroff expects to sell around 55m liters of alcoholic beverages in 2014 after it broke into the global duty free Top 10 of best-selling vodka brands in 2012. 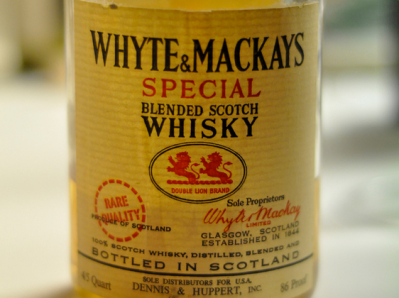 United Spirits will reportedly fetch £350m for its Whyte & Mackay whisky business in the UK, with rumours spreading that Gruppo Campari could be interested given its sizable war chest. 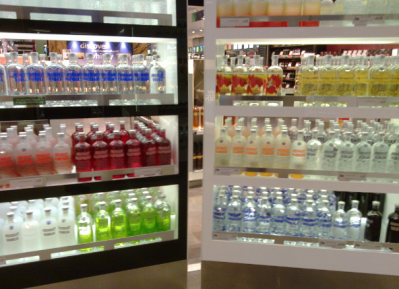 A clutch of crazy and sometimes simply plain daft flavored vodka varieties took the US by storm from the early noughties, but new Mintel data suggests growth might be stalling. 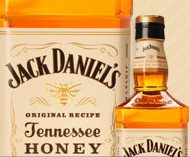 Brown-Forman’s US flavored whiskey revolution continues, with Jack Daniel’s Tennessee Honey sales nearly doubling in the firm’s fiscal year to date, as the firm hails a ‘hot’ US bourbon category. 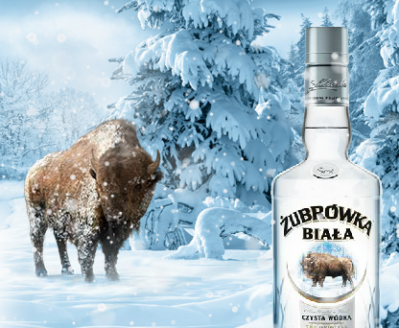 The Russian vodka market faces a systemic problem with rapid initial growth amongst brands offset by declines after several years due to lack of brand equity and ‘consumer fickleness’.

The Russian government is considering a hike in vodka taxes so as to more than double the price of the country’s most famous drink by 2013.

Scientists claim to have uncovered a chemical explanation for why vodka drinkers can taste significant differences between brands.

Big brands and luxury drinks like champagne lost their fizz in a 2010 league table of the top 100 global wine and spirit brands.

Russia's largest premium vodka maker, Russian Standard, is making a
multi-million euro bid to conquer the rest of the world

The outcome of a decisive EU parliamentary vote yesterday on a
definition of vodka could eventually end the uncertainty in
the beverage sector about a controversial labelling
issue.

A compromise deal focused on clearer ingredients labelling may end
a dispute between European Union countries about what true vodka
can be made from.

Restricting the ingredients that could be used to make true vodka
in the EU would likely cause a fresh dispute at the World Trade
Organisation, as EU nations split into three camps.

Squabbling over what ingredients can be used to make true vodka
threatens to hold up European Commission proposals to tighten the
definition of spirit drinks.

Russia's decision to change procedures on excise stamps and import
licences for alcohol has backfired, with several domestic producers
reportedly having to suspend production.

Russian vodka brand Topaz has beaten off prestigious competition to
emerge as the country's best-tasting vodka brand, according to a
recent taste test by the Russian alcohol producers' association.
But the company has been...

Despite the unresolved legal battle over rights to the brand,
Allied Domecq is to take on global distribution of Stolichnaya
vodka, writes Kim Hunter Gordon.

Vodka is more than just another drink to most Russians - it is a
way of life, an embodiment of the national sprit. But such a
fanatical following also has a downside, with per capita
consumption at the very limit of acceptable norms...

RosSpirtProm, Russia's state-owned alcohol producer, is to be
privatised next year in a two-phase operation expected to garner
interest from a wide range of drinks companies. But with many of
the distilleries within the group...

The Polish government's plans to sell off the last eight remaining
Polmos businesses look ill-fated, as industry experts predict that
the weakness of the remaining brands and market saturation means
that bankruptcy is a likelier...

Spirits sales in France have dropped for the last few years as soft
drinks and water become more popular. But new product development
is strong, and sales should start to rise again this year.

Spirits sales in France have dropped for the last few years as soft
drinks and water become more popular. But new product development
is strong, and sales should start to rise again this year.

The UK's first strawberry vodka has been launched by Stolichnaya,
the Russian vodka brand at the centre of an ongoing trademark
dispute. Stoli Strasberi contains real strawberries, and is being
marketed as an excellent cocktail...

Already a major player in the Polish vodka market, French company
Belvedere has strengthened its position there with the acquisition
of the Polmos Krakow distillery, taking its market share to 15 per
cent.

Vin & Sprit, the Swedish producer of Absolut vodka, is to buy
the Polish distillery Polmos Zielona Gora, maker of the Luksusowa
brand, as the sell-off of the former state-run spirits business
continues.

Polish acquisition the start of a new era for Belvedere

Belvedere, the French wine and spirit distribution company, has
registered a 59 per cent rise in sales to €106.8 million in the
first half of the year, helped by the €8.2 million acquisition of
the Polish distillery Starograd Gdanski.