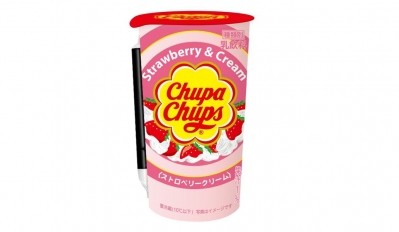 Confectionery giant Perfetti Van Melle has collaborated with Toyo Beverage to introduce its first range of drinks in Japan under the Chupa Chups brand. 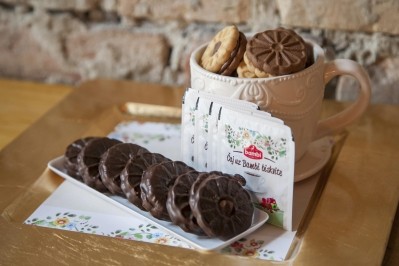 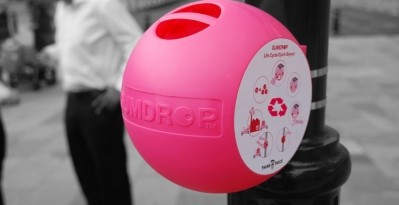 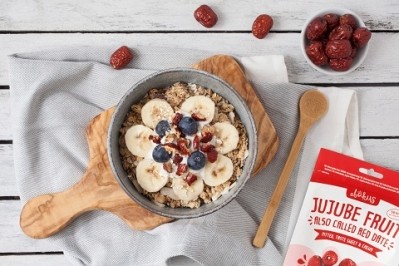 Jujubes are a nutritious superfruit with caramel flavour notes that are "extremely versatile" and ideal for bakery, confectionery and dairy products as well as beverages, says the CEO and founder of Abakus Foods. 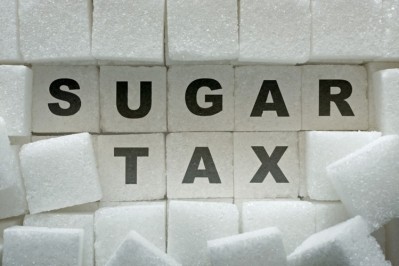 Bermuda has launched a public consultation for its proposed sugar tax, which would cover sugar-sweetened beverages, candies and plain sugar. 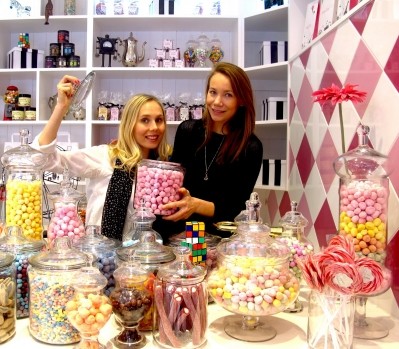 SugarSin ‘gourmet confectionery for adults’ is extending its Prosecco and Cocktail Gummy range with the launch of rosé gummies this month. 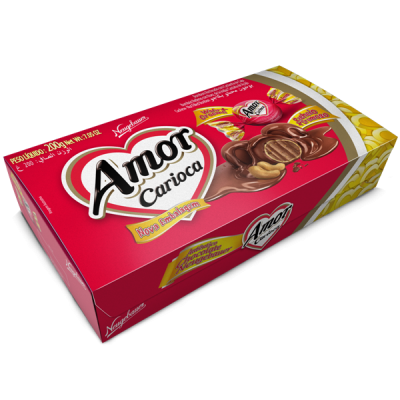 Vonpar conslidates its candy, Neugebauer and Mu-Mu brands into one factory

Vonpar Alimentos, a beverage distributor for Coca-Cola and Heineken, has consolidated all candy production including its Neugebauer chocolate and Mu-Mu dulce de leche brands into one factory in Southern Brazil. 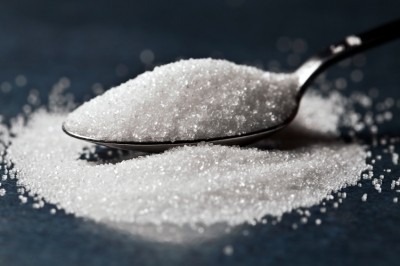 The UK has announced a tax on sugar-sweetened beverages. But how hard will it hit the industry? How effective will the tax be at tackling childhood obesity? And could the tax be extended to other food categories? We take a look at the big questions surrounding... 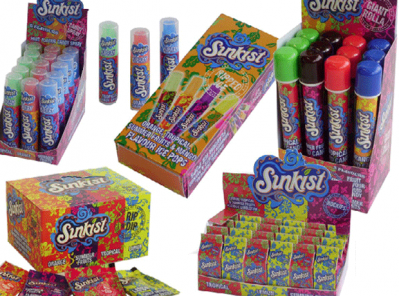 UK firms Tangerine Confectionery and Rose Holdings have each been granted licenses to produce soft-drink brand Sunkist in confectionery form. 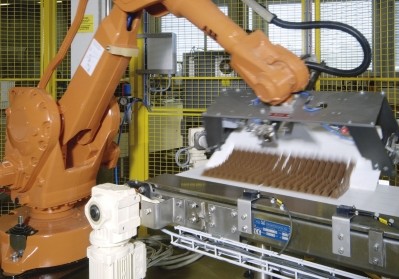 Robot-based product packaging and palletizing remain the areas for quick wins in the confectionery sector but robots, albeit in the leading EU based confectioners, are gradually taking on more tasks a step earlier at the processing stage.

Biodegradable alternative or a levy - gum makers should chew on that

It’s a sticky issue that just won’t go away. There are sugar-free, tooth whitening and nicotine added versions but none from leading makers, as yet, that are dissolvable in rain.

This week, Cadbury criticised over websites, Aero gets new packaging and confectionery maker in bioethanol move

The world's number one confectionery group ups the stakes in the
gum war with the launch of Trident Sweet Kicks, a mint-flavoured
gum with a chocolate-flavoured liquid centre.

UK-based Food Design has extended its chocolate coating facilities
as a means of increasing its market reach in both the UK and
worldwide.

Rising costs cause Cloetta Fazer profits to drop, Haagen-Dazs puts
salt in ice-cream, and the UK Food and Drink Federation (FDF) holds
a conference on the changing confectionery market.

Cadbury to remove artificial colours by end of 2008

Cadbury Schweppes has pledged to remove all artificial colourings
from its confectionery products by the end of the year in response
to concerns over their possible effects on behaviour.

Consumption of dark chocolate and cocoa may not boost
heart health, and could actually increase pulse rates,
according to new research.

Alfred Ritter is moving production of its chocolate bars out of
Russia and back to Germany to use the same milk materials for
products sold the world over.

Beneo-Palatinit is predicting that crush candies, hard-boiled
sweets with fine cracks, could be a new confectionery trend in
Europe and open up a new market for its Isomalt sweetener.

In the wake of a damning scientific report on the health effects
of artificial additives, Cadbury Trebor Bassett and Mars UK
today said they are cutting the chemicals from their products.

A new packaging machine can bag snacks and confectionery products
at high speeds with minimal waste, according to the manufacturer.

Niche markets offer the UK company better profit opportunities than
the traditional chocolate and sweets sectors, according to a
Euromonitor report on Cadbury's strategy.

Sticky, easily torn sweet wrappers could soon be a thing of the
past thanks to a new test from Stable Micro Systems (SMS).

Quest has launched a range of timed flavour release chewing gums
that it claims could revolutionise an already burgeoning market.

The results of a consumer survey on healthy chocolate suggests that
the substance once considered solely as a sweet confectionery item
has made huge strides towards the realm of health foods.

Confectioners prepare for a sweet 2007

Sweet makers are gearing up for the coming year by targeting trends
for healthy, natural and sugar-free ingredients as well as the
demand for innovation in growth sectors such as gum.

German confectionery ingredients supplier Wild is encouraging
manufacturers to get ahead of the trend towards healthier, natural
flavours with new products set to be unveiled at the ProSweets
confectionery trade fair in the new year.

Research company Revolymer intends to step up production of a new
polymer that it claims could form the basis of an easily removable
chewing gum.

A new cost-cutting moulding and depositing system suitable for use
in the manufacture of jelly and gum confectionery has been launched
by UK firm Baker Perkins to attract confectioners previously
daunted by the processes involved.

French ingredients firm Roquette has formed an alliance with Meert
to develop a range of sugar-free premium chocolate.

The Wm Wrigley Jr company has patented a new gum-making process
allowing for the manufacture of multi-coloured, multi-flavoured
chewing gum.

Manufacturers are lining up innovative processing equipment to
attract confectioners at the upcoming international baking trade
fair, the IBA.

The world's foremost chewing gum producer, the Wm Wrigley Jr
Company, is set to make inroads into the growing functional
confectionery market with a new gum to combat bad breath.

A new emulsifier blend based on a mix of sucrose esters has been
launched with the UK confectionery market in mind.

APV Baker has extended the capability of its ServoForm lollipop
depositing systems so they can produce flat lollipops.

Sugar free chewing gum is the biggest growth area in the UK gum and
mints sector, according to a report by Mintel.

After encouraging first half 2005 results, food buyout company
Zetar will look to build in 2006 by acquiring a snack foods
company.

US confectioner Jelly Belly plans to expand its international
markets by constructing a new plant in Thailand.

Russian firm United Confectioners has used new technology to launch
a new range of jelly sweets, tapping in to one of the most
promising sectors in Russia's confectionery market.

Russian confectionery group Mechta has launched a new premium
product line - the latest in a growing number of local producers
entering an upmarket segment which was once the sole domain of
western companies. Angela Drujinina reports.

Perfetti Van Melle (PVM), the Dutch-Italian confectionery producer,
is to open a new production facility in the Moscow region as it
seeks to exploit market growth and narrow the gap with rival
producers already established there,...

Three companies have announced a technology that allows the deposit
gum bases and incorporate gums into candies and lollipops, which is
said to provide new opportunities for the confectionery industry.

German confectionery ingredients supplier Alfred L. Wolff is
preparing to focus on the launch of a new coating ingredient aimed
specifically at the chocolate and panned confectioneries sector for
CME 2004.

This week the new product releases in the region focus on the
confectionery sector, with a series of launches in Poland, Czech
Republic and Hungary which reflect the growing popularity of
chocolate.

APV Baker says it has expanded the boundaries of product
possibilities available to the confectionery industry, through the
development of multi-colour and multi-component capability for
depositing systems.

UK soft-drinks and confectionery giant Cadbury Schweppes has said
that it will cut around 5,500 jobs and 20 per cent of its factories
by 2007.

The UK manufacturer Glisten, has taken the first steps towards
strengthening its position as a niche food group with the
acquisition of Sunya, a manufacturer of baking aids and sweet
spreads.