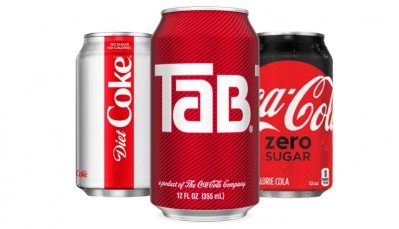 The Coca-Cola Co. is trying to make the best of a bad situation by using the pandemic, which had decimated its revenues with the closure of public places, as a “catalyst for change” to “drive out some of the bureaucracy,” refocus on local opportunities... 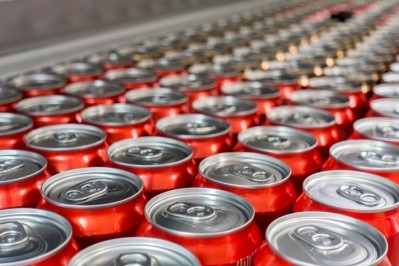 How is Coca-Cola dealing with the coronavirus crisis?

Coca-Cola CEO James Quincey says that the company is well-versed in surviving crises over the course of its 134 year history: “Every previous crisis – military, economic or pandemic – the Coca-Cola Company has come out stronger”. So how is it dealing... 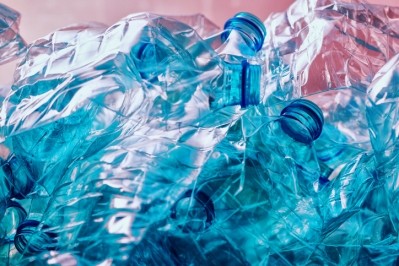 Coca-Cola, PepsiCo and KDP commit to new sustainability initiative and plastic reduction in the US

The three beverage companies have partnered with World Wildlife Fund, The Recycling Partnership and Closed Loop Partners on the Every Bottle Back initiative, announced this week in Washington DC. 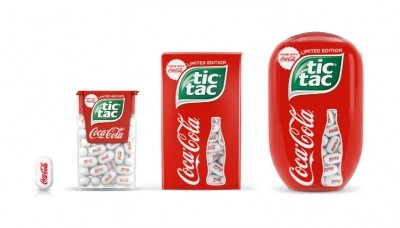 Ferrero’s famous refresher – celebrating its 50th anniversary – teams up with the world’s most recognized brand. 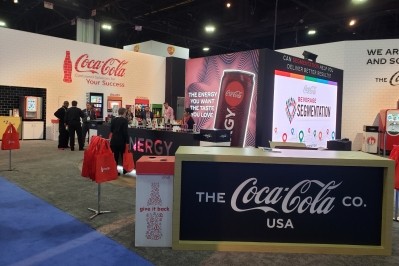 Coca-Cola launches 28 SKUs at NACS: ‘There’s no channel better to start in than convenience’ 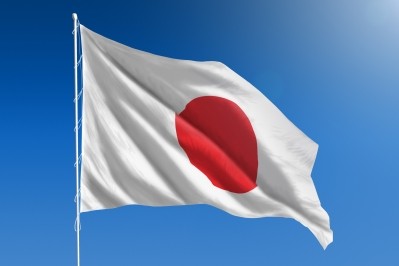 Now faced with problematic core markets, Kirin and Coca-Cola’s Japanese operations have been changing tack quite radically of late. 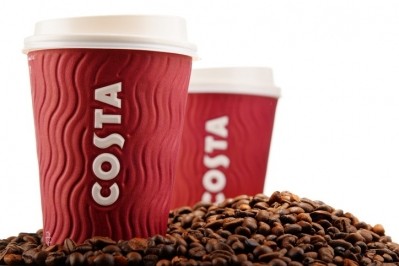 As The Coca-Cola Company broadens its portfolio, it sees ‘tremendous opportunity’ in coffee: outlining plans for RTD drinks, packaged coffee for the home, and on-the-go occasions through its acquisition of Costa coffee. 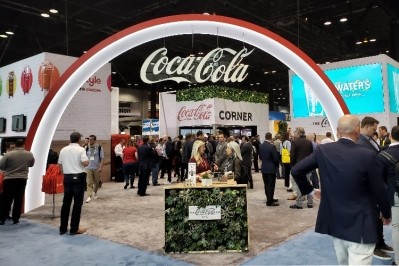 Coca-Cola cuts back on sugar with bubbler beverages 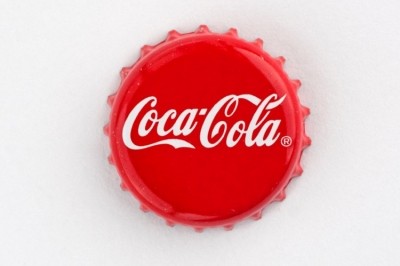 The Coca-Cola Company is to acquire Moxie, the official soft drink of the state of Maine, US. 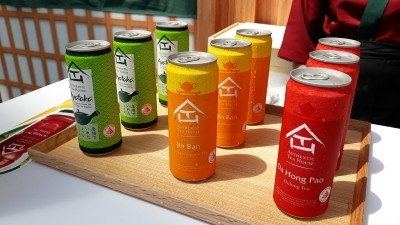 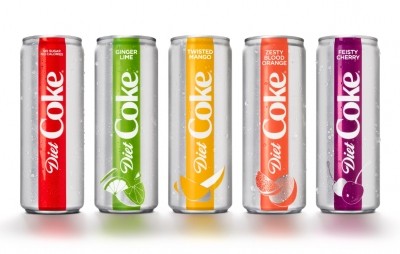 Coca-Cola: ‘The turnaround of Diet Coke is not coming at the expense of Coke Zero Sugar’

As it seeks to respond to today’s sugar-wary consumers, Coca-Cola has been boosting the sugar-free varieties in its trademark Coke portfolio. And while critics might point to the potential confusion between brands (how many people know the difference... 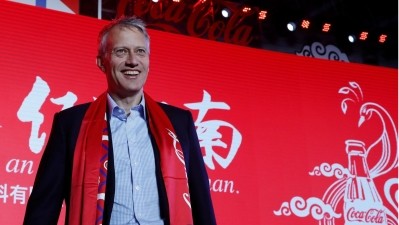 Coca-Cola and bottling partner Swire Group have opened a new production plant in Yunnan, China, adding another piece to the puzzle in the beverage giant’s China growth strategy. 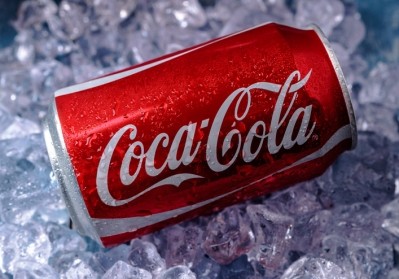 Coca-Cola CEO James Quincey acknowledges the UK sugar tax is likely to have ‘some impact’ on the company in the UK – particularly for classic Coca-Cola – but is optimistic that the industry is well prepared to minimize the impact of the levy. 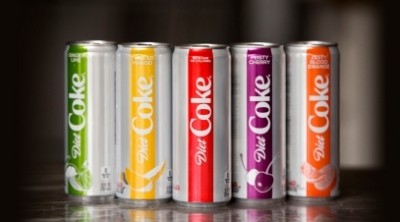 Coca-Cola says its recent re-brand for Diet Coke has helped return the brand to volume growth in North America: while it is upbeat about trademark Coca-Cola as a whole with growth for classic Coca-Cola and the new Coca-Cola Zero Sugar.

Coca-Cola has announced a new set of sustainability commitments in Western Europe: saying it will ensure all packaging is recyclable or reusable; and aiming to collect 100% of its packaging. It will also use 50% recycled plastic in its PET bottles and... 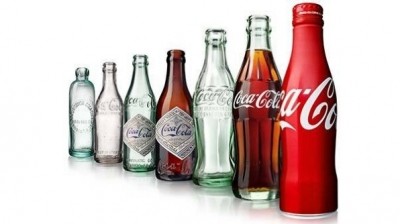 The General Court of the European Union has dismissed a request by The Coca-Cola Company (Coca-Cola) to register a contour bottle without fluting as a Community trademark. 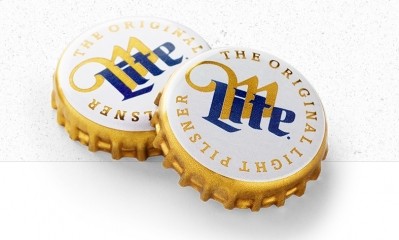 SABMiller’s American Light lager, Miller Lite, has signed a multi-year partnership with Major League Baseball (MLB) in Canada. Read on for more beverage bites from the industry this week. 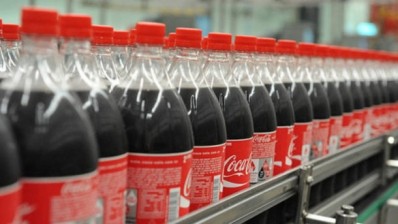 Coca-Cola Enterprises, the Western European Coca-Cola bottling giant, reported a net sales decline in the first quarter and plans to innovate with Coca-Cola Life and Finlay to restore growth. 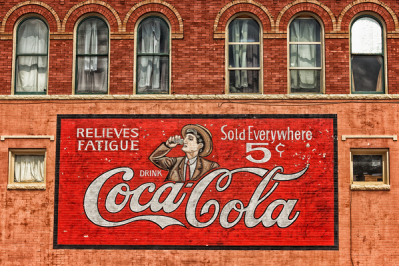 The Coca-Cola Company’s former head of global design says the company didn’t have a consistent approach to design when he joined in 2004, which meant there were ‘disconnects’ in the holistic consumer brand experience – from packaging and communications... 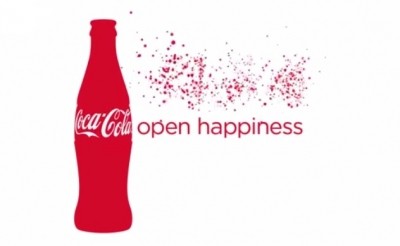 The Coca-Cola Company’s chief marketing and commercial officer, Joe Tripodi, will retire from the company at the end of February 2015. He will be succeeded by Marcos De Quinto, a company veteran who is currently president of the Iberia Business Unit and... 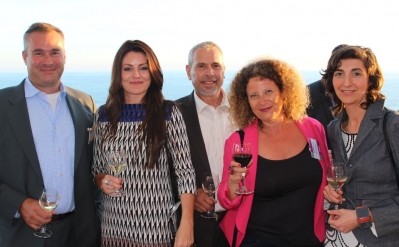 The Coca-Cola Company, Carlsberg Group and Henkel were some of the companies who attended this year’s EuroPack Summit in Lisbon, Portugal, this month. 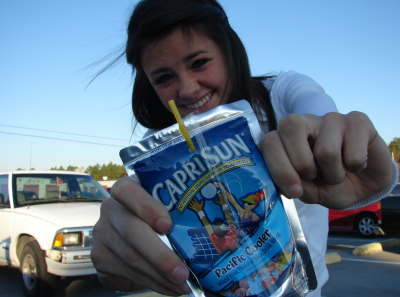 Coca-Cola Enterprises (CCE) says it would be keen to buy or distribute more brands like Capri Sun to expand in still drinks alongside increasing its footprint in Western Europe. 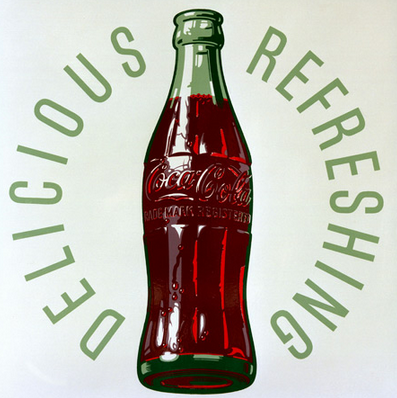 The Coca-Cola Company revealed yesterday that City of Atlanta regulatory authorities may seek monetary or other sanctions against it due to potential inaccuracies in wastewater reports submitted by its Atlanta syrup plant. 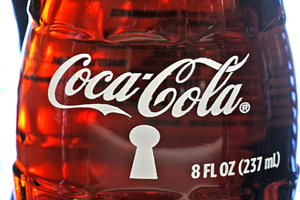 Coke stresses US health ‘mission’ after AND draws advocacy fire

The Coca-Cola Company tells BeverageDaily.com it is fully committed to improving US health by partnering groups such as the Academy of Nutrition and Dietetics (AND), after an advocacy report claimed undue big beverage influence on the body.

US firm Ethox Chemicals is suing Coca-Cola for allegedly stealing a novel molecule the former claims it invented called ‘PEM’, designed to improve on PET by adding a gas barrier to limit bottle permeability and extend shelf life. 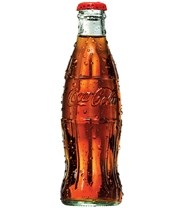 A Fistful of Dollars more: Coke pumps $3bn into India

Coca-Cola India announced today that it plans to invest a further $3bn dollars in India through to 2020 to capture 'enormous growth potential' in the non-alcoholic ready-to-drink (NARTD) market).

The Coca-Cola Company has moved its 125-year-old secret recipe from a vault in SunTrust Bank in downtown Atlanta to a new home in its nearby museum, thus revealing it to visitors. Well, sort of... 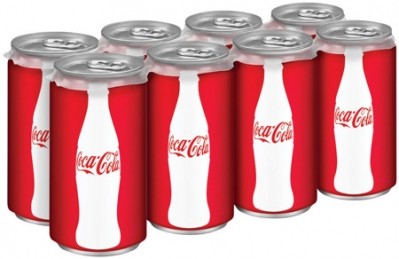 Coca-Cola’s continuing expansion in Russia makes sense from an economic standpoint, while the risks to consumer goods firms of doing business in the country are over-estimated, according to an analyst.

The Coca-Cola Company has completed the acquisition of Coca-Cola Enterprises (CCE) and the sale of its bottling operations in Norway and Sweden.

The Coca-Cola Company has withdrawn and refiled its notification with the Federal Trade Commission (FTC) for the second time regarding its proposed acquisition of the North American arm of Coca-Cola Enterprises (CCE).

The Coca-Cola Company has agreed a $715m (€600m) lump sum with Dr Pepper Snapple Group (DPS) to distribute certain brands subject to the acquisition of the North American branch of Coca-Cola Enterprises (CCE) expected in the fourth quarter of this year.

Manufacturers of leading beverage brands ranging from Coca-Cola to alcoholic products like Foster’s and Strongbow are set to shake up their packaging as they continue with attempts to improve individual sustainability.

This week, Coca-Cola announces a Monster deal to boost its energy drink presence, imported beers are on the rise in the US and a British MP lends his support to a Viking beer.

This week, Coca-Cola confirms a possible interest in expanding its
ingredients operations on the Irish market, and InBev targets
Anheuser-Busch's board as it seeks to add the high-profile company
to its branded portfolio.

Coca-Cola has today finalised details of its ready-to-drink (RTD)
coffee joint venture with Italy-based Illycaffè in a bid to further
diversify its non-carbonated portfolio of brands.

The Coca-Cola Company hopes to meet growing demand for
ready-to-drink coffee products by announcing yesterday that it
will extend an agreement with Italian group Illycaffè to form a
three-way joint venture with one of its bottling...

The environment, corporate governance and workers rights are
transforming the way managers oversee their global manufacturing
operations, as demonstrated in Coca-Cola's second report on its
progress in these areas.

Coca-Cola Enterprises (CCE) has cut down on the amount of water it
uses by six per cent and has put measures in place that will reduce
the energy used for lighting by half.

COFCO Coca-Cola Beverage said it has begun construction of a $12
million new production facility in Lanzhou's high technology
district, in the central western region of China.

Arca Systems, which develops products and systems for materials
handling, has developed a new packaging system for soft drink
products together with The Coca-Cola Company.