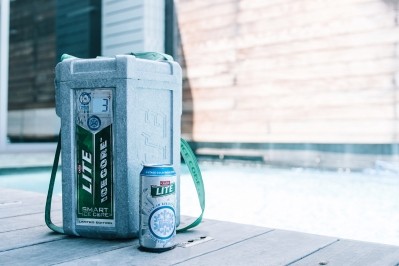 SABMiller packaging shows when beer is at the perfect drinking temperature

SABMiller has launched a ‘smart sensor’ technology that tells consumers when their beer is at the perfect drinking temperature. 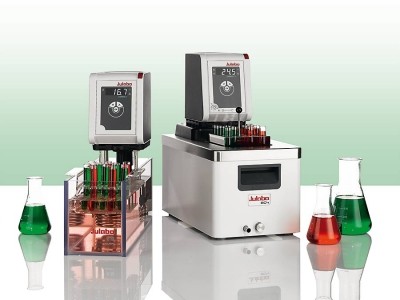 Taking the temperature of quality control

Refrigerated and heating circulators are vital tools in quality control in the food industry, according to Julabo. 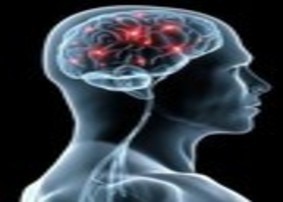 Alchem USA has launched a new concentrated liquid form of natural plant extract vinpocetine for beverage applications and claims the ingredient can enhance memory and alertness.

Johnson Electric has unveiled a gear pump product line for beverage dispensing which they claim is twice the flow rate of traditional pumps.

The Baumer Group is offering a custom-made insulation technology to protect thermometers during cold water processing for wider commercial use, targeting industries ranging from nuclear power to drink producers.

Cool solution for deep-freeze food and drink storage and transport

A reusable, cheaper, eco-friendly and easy-to-handle alternative to dry ice with food and beverage applications are the claims made for PureTemp -40, launched by Entropy Solutions, based in Minneapolis, US.

New active sensors can help food processors gauge the amount of fluids in containers and are adaptable to each plant’s particular needs, says the developer.

Frost tolerant wheat on the horizon

Researchers at the University of California, Davis have identified
the genes responsible for providing frost tolerance for wheat,
giving plant breeders hope that damage resulting from wheat frost
could soon become a thing of the past.

PakSense's temperature monitoring labels for fresh food products in
transit are now easier to order and are delivered to customers more
quickly, according to the company.

Sensor checks for fouling during production

A new sensor developed in France allows food processors to check
for fouling in pipes.

Wine firms given a passage through India

A crash course on the potholes and pitfalls that await wine firms
looking to sell their bottles in India was dished out to industry
professionals at the Wine Evolution conference in Paris this week.

Fryer cuts down on oil use

A new fryer requires less oil to get the job done, saving costs for
processors, its manufacturer claims.

Nanotechnology, the science of the very small, has been employed as
a microscopic coating on a heat interchanger used by a Corona
brewing plant in Mexico.

A mobile fridge allows companies to ensure an unbroken cold chain
along the supply chain to a product's final delivery point.

Go with the flow

Gentech International has extended its range of flow switches with
the introduction of a Noryl-construction inline flow switch to
cater for food and beverage applications.