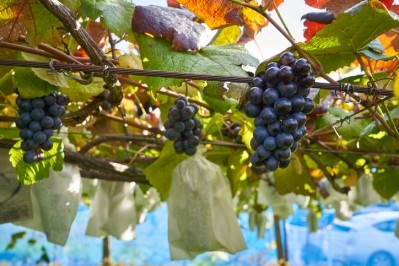 Robots developed by researchers at Hokkaido University are being trialled at a Japanese vineyard, Hokkaido Wine, for pesticide spraying and weed control. 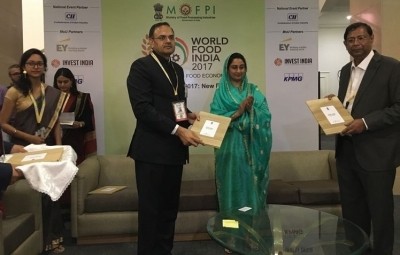 Coca-Cola India is vowing to cultivate and use local fruits in new products in order to boost the country’s agri-ecosystem to the tune of $1.7bn. 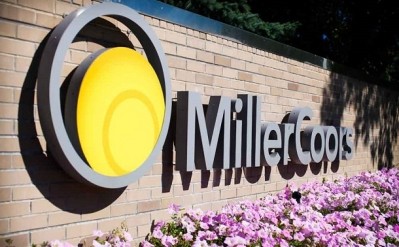 MillerCoors cuts back 2016 water use by 15 billion gallons

MillerCoors decreased its water usage by 15 billion gallons in 2016 – the equivalent of 500 million kegs of beer – thanks to innovative irrigation initiatives and heavy rainfall across its key barley growing regions. 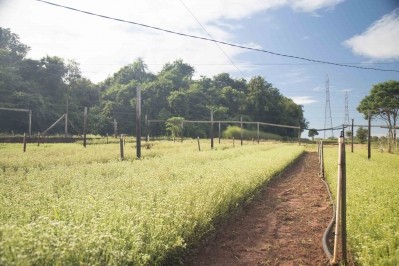 Swedish supplier The Real Stevia Company will open a processing plant in the sweetener's native Paraguay, adding to its portfolio an 'origin' stevia that is sustainably sourced and Paraguayan from farm to fork. 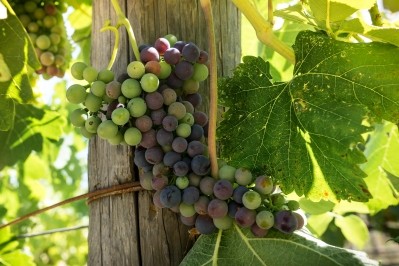 Inspiring a global conversation on wine and sustainability

In 2014, the Sonoma County Winegrowers announced its goal to become America’s first 100% certified sustainable wine growing region by 2019. Thanks to the work done so far, the project is running ahead of original projections, and is also helping initiate... 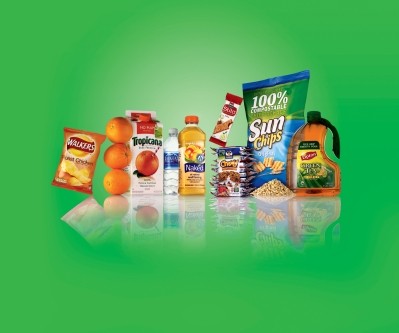 PepsiCo: ‘Is sustainability mainstream or faddish?’

PepsiCo will highlight its sustainability progress across its most significant areas: water, packaging, waste, energy and agriculture at Gulfood Manufacturing 2015, in Dubai, this week (October 27). 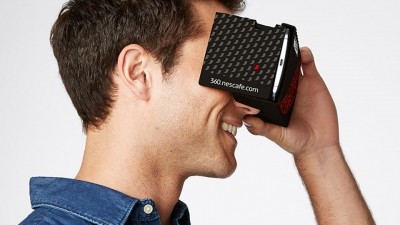 Nescafé and Google in virtual reality coffee experience: ‘People feel as if they are right there in the plantation’

Transparency on sustainability needs to go beyond data on packaging if it is to really engage consumers, says Nescafé, as it partners with Google to launch a virtual reality coffee experience. 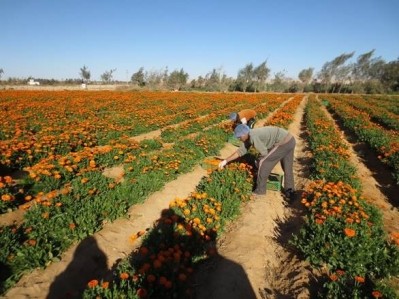 The first certified herbal teas in a biodiversity partnership have gone in sale in Germany this month. 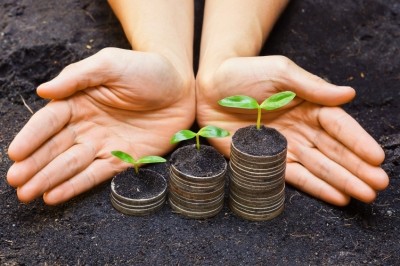 A single, unifying sustainability standard would be helpful for consumers – but it’s a long way off, says Organic Monitor president and founder Amarjit Sahota. 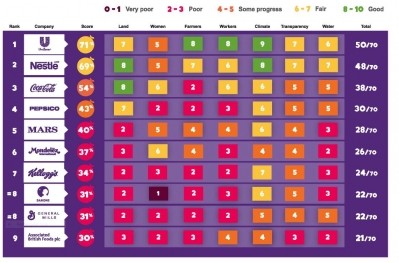 Eight of the 10 biggest multinational food companies have improved their food security and sustainability policies over the past year – but all must do more to put their commitments into practice, says Oxfam’s latest Behind the Brands report. 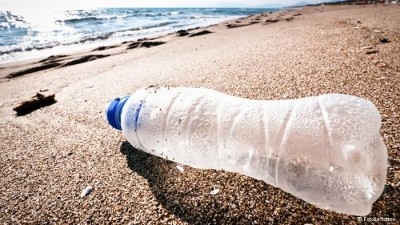 Nestlé has partnered with the World Wildlife Fund (WWF) and seven consumer firms to promote the development of bioplastics, derived from plant materials. 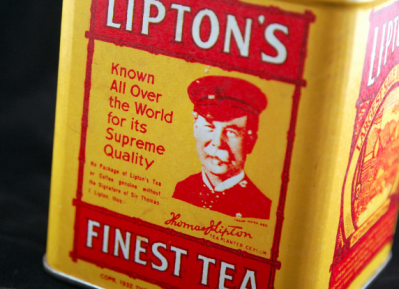 Unilever is partnering the Tanzanian Government to reinvigorate the tea industry and ‘at least double’ its tea output in the country, where the leaves are used for top brands Lipton and PG Tips. 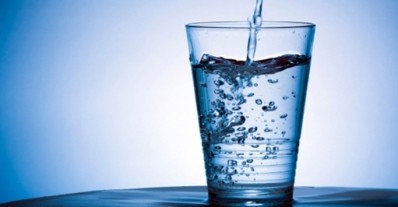 Seven Australian suppliers of bottled water will remove “organic” claims from their labelling and marketing material after they reached an agreement with the country’s consumer watchdog. An eighth supplier has withdrawn its product from sale. 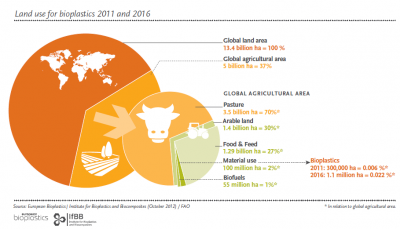 The land area used to grow crops for bioplastic is “nowhere near” being in competition to food and feed, according to European Bioplastics. 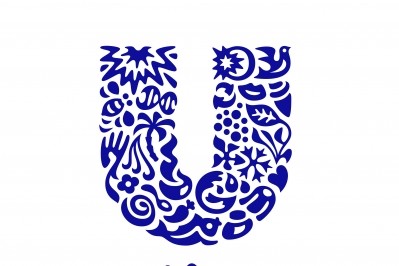 Unilever has said it now sources more than a third of its agricultural raw materials sustainably, up from just 14% two years ago and 24% in 2011. 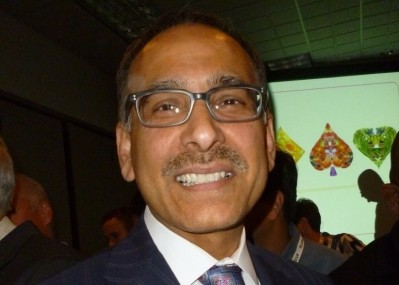 Dr Mehmood Khan: ‘When I first joined PepsiCo, a lot of people asked me what the hell are you doing?’

Why can athletes that smell peppermint before they hit the gym exercise for longer? And why do we have sweet taste receptors in our gut? 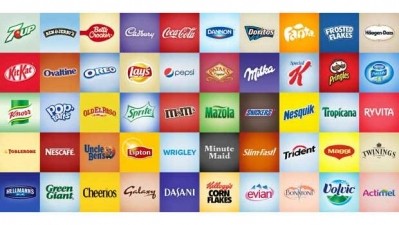 Unilever and Nestlé say Oxfam missed an opportunity for a wider and more comprehensive debate about food ethics after the NGO published a damning report on the supply chains of the world’s biggest food firms this week. 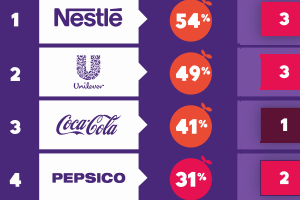 The Coca-Cola Company and PepsiCo both received dismal scores in a new Oxfam report that claims the world’s ‘Big 10’ food and beverage companies fail to protect workers, especially women. 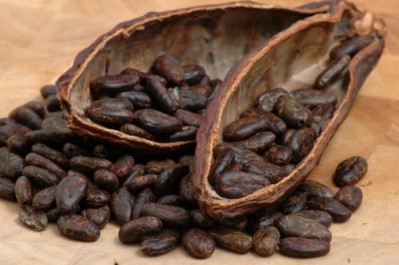 Sara Lee has announced a five-year initiative to increase its purchase of sustainable coffee as part of the company’s wider goal to use only sustainably certified commodities in its products worldwide.

There’s a perfect storm building for food prices. You don’t have to scan the horizon to see the signs; the clouds are developing all around us - at a faster rate than anyone expected.

Everybody wants food to be safe - but the recent slugging match over how best to protect US consumers from E.coli-tainted meat highlights whether legislation or self-regulation is the answer to mending the country's flawed safety system.

In praise of pesticides

Who likes pesticides? Misunderstood by consumers and misrepresented by pressure groups, pesticides are a soft target for legislators. The latest blow to that soft target could have hard consequences for the European food industry and for developing countries.

“Four legs good, two legs bad.” When the pigs take over the land in George Orwell’s Animal Farm, they have no hesitation; any creature with four legs is beyond reproach and any human is bad, mad and dangerous to know.

The present food supply crisis would be worse if it were not for
commercial cultivation of genetically modified (GM) crops over the
last 12 years, claims a new economic report.

Time for an organic-GM peace treaty

The war between the GM and organic movements has been bitterly fought. However in the midst of a global food crisis the time has come for these old enemies to bury their differences and concentrate on the benefits an alliance may bring.

Improving international activities in a time of increasing
globalisation is the focus of this year's Potato Processing and
Storage Convention.

A snack bar which can stay moist and chewy for up to 24 months
without the need for artificial preservatives has been developed by
scientists in California.

Vietnam looks set to become one of Asia's primary cocoa producers,
with the government pledging to invest 40 billion
dong (€1.8m) in the country's burgeoning cocoa trade, according to
local news reports.

The EU is moving closer to implementing measures to protect the
food chain from a terrorist attack, by publishing a discussion
paper on stepped up security measures that would affect
manufacturers.

The food industry is failing to grasp the importance of adopting
sustainable crop techniques to protect against the effects of
climate change, says an expert on business agriculture.

Following last summer's heatwave and subsequent dwindling supplies
of cereals, farmers have been encouraged to prepare early for this
year's growing season to try and mitigate the increasingly damaging
effect of climate...

The International Cocoa Organisation (ICCO) has published its first
cocoa forecast for 2006/07 in which global supply is expected to
dip.

A naturally epoxised oil from Ethiopia's vernonia weed could
provide food and drink processors with a safe and sustainable
substitute for the resin used to line packaging.

Genes could provide clue to elimination of wheat pest

US Scientists are mapping the genes of a wheat pest in an attempt
to halt the fly's destructive effect on crops and thereby safeguard
yields.

US scientists have been examining newly-developed varieties of
low-phytate, high-phosphorus wheat in order to assess its impact on
baking quality, nutritional content and suitability for industrial
bread production.

A major global research effort has generated climate-resilient
innovations such as crops bred to withstand heat, salt, submergence
or waterlogging.

BASF has developed a non-GM solution to help African maize farmers
eradicate a disease that is costing them an estimated € 1.2 billion
a year.

Cashing in on the soaring mega-trend for convenience food, extracts
and flavours, Frutarom moves into meat and fish preparations for
the first time.

An innovative Australian scheme to recycle thousands of tonnes of
fish processing waste could dramatically cut down the need for
landfill space, save food processors money and, in the end, produce
a useful product.

This year's Czech harvest has been hailed as the best since 1993,
producing almost nine million tonnes of crops, showing that the
farming industry has recovered well from a poor 2003 and the
disastrous floods of 2002 - just in...

Law makers, consumer groups and industry continue to clash over the
use of GM ingredients in the European food chain, but a major
UK-based food science body asserts this week that genetic
modification has the potential to offer strong...

Measures to soften the impact of poor cereal harvests in Europe and
boost the grain market were introduced by Europe's agriculture
commissioner this week.

The UK's Cereals Industry Forum is to receive a £1.4 million
government grant over the next three years in an effort to improve
efficiency and competitiveness in the grain chain.

The ICO has launched The State of Sustainable Coffee - Study of
12 major markets. The document is an important development in
understanding the interests of coffee growers, producers and
manufacturers.

The thorny issue of the reform of the Common Agricultural Policy
does not only affect the EU's farmers, it is also of vital
importance to the food and drink industry supplied by them. Which
is why the CIAA, which represents food...

A device developed by the US Agricultural Research Service that
measures how much water chickens receive through automatic watering
systems has been previewed at the International Poultry Exposition
in Atlanta, Georgia this week.