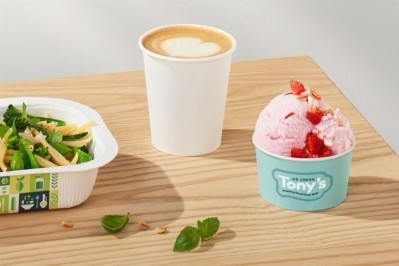 Stora Enso has developed UltraThinPE Tec, which the company said reduces the amount of plastic coating in foodservice board (FSB) and applications such as single-use paper cups. 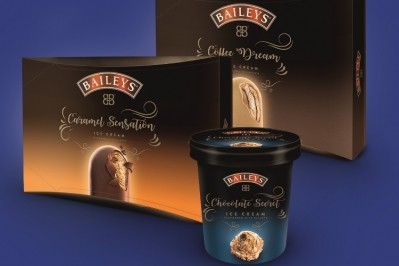 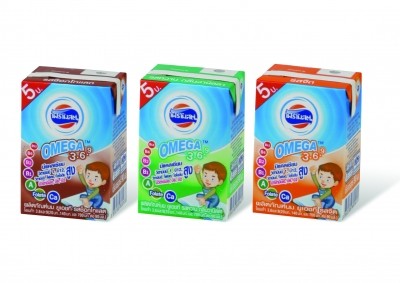 SIG Combibloc has launched a range of extra-slim, small-format beverage cartons in an effort to meet demand for smaller, more convenient packaging from emerging market consumers.

Microscale bubbles could whip up a range of long-lived, stable foam
products whilst giving formulations interesting sensory properties,
according to research published in Science.

The prebiotic inulin may enhance the texture of probiotic
ice-cream, resulting in a potentially health friendly summer snack,
according to new research.

Danisco has invested in pilot low temperature extrusion technology
to produce high-quality, low-fat ice-cream, to enable testing of
ingredients using the same systems as its customers use.

The majority of US consumers say they believe full-fat ice cream is
worth the guilt, and would rather eat this than full-fat versions
of other snacks, according to a new survey.

Danisco has developed a new ice cream based on goat's milk,
plugging the formulation as a means for companies to target the
growing demand for speciality products.

Danish ingredients group Danisco has launched a new stabilizer
ingredient designed to allow ice cream manufacturers to cut the fat
content of their products while still maintaining a creamy
mouthfeel.

Unilever has developed a new genetically modified protein that it
says will serve up low-fat ice cream without compromising on taste,
as ice cream firms step up the race to please health conscious
consumers.

FMC Biopolymer has developed new technology that allows ice cream
manufacturers to slash the fat content in their products by more
than half, without altering the ice cream's taste and texture.

Danisco claims that ice cream with less than one per cent fat is
possible thanks to new technology that prevents unwanted ice
crystals from forming.

A newly developed vending machine in the US makes ice cream from
scratch while you wait, shows how dairy firms are finding new ways
to target consumer demand for convenience.

Tate & Lyle has launched a new ingredient solution for low-
fat, no-sugar- added ice cream for the US market and vowed to
continue its ambitious expansion plans.

A Tetra Pak subsidiary has found a dipping and coating solution for
novelty ice creams, which it hopes will eliminate sub-standard ice
cream coatings - welcome news for ice cream manufacturers seeking
to satisfy the quality-conscious...

A UK firm has come up with an innovative packaging and processing
solution that will allow smaller retailers to create their own
branded ice-cream products at the point of sale (POS), giving them
the opportunity to penetrate the highly-consolidated...

A new ice cream product enriched with iodine is to be launched in
the New Year by Russian dairy group MiasoMolTorg JSC, the first
product of its kind on the Russian market and the latest to play on
the health credentials of dairy...

Canadian supplier of food processing equipment Quadro has come up
with equipment to reduce the size of high-fat ice cream ingredients
(chocolate/pralines) for use in premium ice cream products.

One Shot, the UK ice cream dispensing company, has launched a new
type of container for Solmia ice cream.

Millions of dollars in investment poured into a new technology may
pay off for US food manufacturer Dreyer's Grand Ice Cream Holdings.
Targeting the low-fat market, the company said that it has
developed a revolutionary "slow...

Facing up to competitive times, Ingredia-Rhodia call the double cone

When onlookers of the food ingredients industry claim that
consolidation will be a key trend in coming years they are
generally referring to mergers and acquisitions. But could it be
that consolidation in this increasingly competitive...

Restructuring after the sucess of One-Shot

The success of the One-Shot brand of single portion ice cream
dispensing has led the inventor to restructure its group operations
in order to handle the continued growth of its product range.

Finnish packaging provider Huhtamaki has supplied Unilever with a
line of innovative packaging for its Carte d'Or ice cream yoghurt,
recently launched in a number of European countries.

Taste of the tropics

Danisco Flavours has launched a range of mango profiles suitable
for yoghurt and ice cream products.

UK-based ice cream equipment specialist One-Shot has unveiled its
most recent innovation - a system that delivers soft serve ice
cream in 250ml portions. The company believes that the development
will go some way to meeting the ever-increasing...