JM Smucker Co. is selling its iconic line of Crisco oils and shortening to B&G Foods for $550m cash in a deal that allows it to dedicate more resources to its “core growth platforms” while simultaneously strengthening B&G’s small but growing baking... 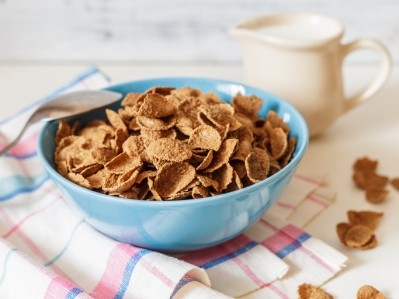 Leftover fruit pulp from the juice industry is being transformed into a value-added and healthy ingredient for cereals, baked snacks and chocolate.

Starbucks Corporation has invested in Italian boutique bakery Princi and will be bringing the company’s products to its recently announced premium Starbucks Reserve Roastery sites.

Little industry interest in scaling up alternatives to the energy intensive conventional stoving method for jellies parked a UK agency’s bid to develop a microwave based method but low carbon technology projects in dairy and bakery are taking off.

A novel combination of microwave and infrared heating technologies can drastically cut energy usage and cooking times during bread production, according to the results of a new Swedish-based project.

A product reformulation provides naturally derived icing for use in toppings and eye-catching decoration on baked goods, according to supplier BakeMark.

CSM opens the doors to its new innovation centre

The Fairtrade Foundation wants the UK market for Fairtrade products
to reach £2bn a year, four times the current level, by 2012,
according to its recent report Tipping the Balance.

Cargill has opened a new bakery product innovation centre in
Minneapolis which is aimed at helping clients develop
differentiated bakery products and reducing time to market.

A new cableless video system allows bakery manufacturers to inspect
the inside of their oven using only the oven's own conveyor belt
and a camera, the manufacturer claims.

BakeMark UK has developed a glazed ring doughnut which it claims is
eye catching and stops the food product from deteriorating when
thawed.

IBIE gets underway in Florida

Heavyweights in the bakery industry are this week showcasing their
latest innovations in Orlando, Florida, at the International Baking
Industry Exposition, where millions of dollars of deals are
expected to close over the next four...

A new ingredient replacement for margarine or oil
can reduce the fat content of some baked goods by 10 to 50 per
cent, its manufacturer claims.

Cognis has developed a new Lametop 500 line of emulsifiers for the
European bakery industry that it says is more sophisticated than
previous offerings and can improve product volume at a lower cost.

CSM announced this week its acquisition of the North American
bakery supplier Titterington's, as the company aims to
expand its operations in the region.

UK sugar processor British Sugar has developed a new line of
moisture-resistant sugar to its dry ingredients range for bakers,
which it claims can prolong shelf life and improve product quality.

US based packaging firm Michelman is set to unveil a raft of
bake-in coating solutions for the bakery industry at trade fairs
this year.

Bakers could soon be benefiting from new technology developed to
ensure high standards of product quality and appearance are met
while maximising efficiency, cutting costs and reducing waste.

Ingredients manufacturer DSM has developed a new enzyme for the
cake and pastry industry which promises to cut raw material costs
while improving product quality.

Low fat varieties of peanut flour - a common ingredient in many
baked goods - can improve food texture and efficiency during the
baking process, according to scientists from the US Agricultural
Research Service (ARS).

Scientists have devised a means of preventing contamination of
commercially baked bread - helping manufacturers to minimise the
loss caused by spoilage and halt the common problem of 'ropey
bread'.

A French inventor has developed an innovative new way to ensure
bread is kept fresher for longer, while safeguarding quality and
taste.

Novozymes has developed what it describes as a 'cost-effective new
baking enzyme' that can replace chemical emulsifiers and reduce
costs.

A UK bakery firm has been able to dramatically increase muffin
output thanks to a complete processing line developed by machinery
firm Turbo Systems.

The incorporation of the baking ingredient xylanase which improves
the quality of bread but is frequently inhibited by wheat could now
become easier for bakers following research into the problem.

Baking firm Glimek has developed a bread line specially developed
for bakers wishing to tap into the trend for in-store bakeries.

PFM flow-wrapping machinery is being used by a Scottish bakery to
accelerate growth in the rapidly expanding traditional bakery
market.

Manufacturers are lining up innovative processing equipment to
attract bakers at the upcoming international baking trade fair, the
IBA.

Dutch bakery ingredients firm Unifine used the recent FiE
exhibition in Paris as a platform to launch the latest additions to
its portfolio, including a new concept to eliminate gaps between
filling and dough in puffed pastry products.

Looking to new market gains in the UK, US and Australia German
ingredients group Degussa has revamped its line of bakery cream
systems to target food makers with a competitive package, writes
Lindsey Partos.

A new infrared scanner capable of telling bakers exactly when their
dough will be perfect for making bread, cakes and other baked goods
has been developed by the UK's largest independent food and drink
research group, writes...

Although the market for bakery mixes in Central and Eastern Europe
remains small, it is growing as consumers strive to bake at home
and save time. The latest look at the launches for this category
shows that variety is the driving...

Efficient, profitable baking is not just a question of having the
right equipment for the job - it is also knowing how to use it
properly. With this in mind, Spooner Vicars, the UK supplier of
bakery equipment, runs regular customised...

After four years in development the Danisco-Genencor partnership
has come up with an enzyme that claims to double the shelf life of
cakes.

Rondo-Doge puts its theory into practice

Rondo-Doge, the Swiss manufacturer of pastry processing machinery,
has more than 50 years of expertise in the field of dough
technology - expertise which it is now placing at the disposal of
its customers with a new technology centre...

Bread may be the most traditional of staple foods, but there is
still plenty of life in the international baked goods market,
driven by growing convenience trends and a proliferation of new
products, claims a recent report.

New ingredients for bakery and juices

A number of new ingredients targeting the bakery and beverage
markets in particular have been launched this month, helping bakers
improve volumes, reduce costs and lift product safety or improving
both the look and mouthfeel of juice...

Expro, one of the biggest producers of crackers and sweet biscuits
in the Guatemalan market, has installed two additional production
lines from the UK's APV Baker group to help it double its capacity
and pursue aggressive growth...

Braby, the
UK-based designer and manufacturer of silos, has recently supplied
Village Bakery, a Welsh bread and pastry maker, with a silo package
for the storage of savoury flour.

Rising to the occasion

UK-based Stable Micro Systems, a leading designer and manufacturer
of texture analysis instrumentation, is set to showcase what it
calls a unique portfolio for the bakery industry at Food & Bake
2004. Innovations will include...

Spooner-Vicars, a leading name in the design, manufacture and
supply of high quality baking equipment has unveiled a new product,
the Continuous Proof and Bake System, with the aim of maximising
production efficiency.

Fri-jado caters for all

Dutch food processing group Fri-jado is soon to release its newest
and most technologically advanced oven, the Multisserie, catering
for the bakery and meat industries.